Good things are gone, sun goes away, and daylight hours shrink with clock hands running night after night. Rain, coat, blanket and sofa return. So stay home and dream. Yes, because there is no better time than now, when the autumn is just beginning and winter already threatens to stay, to play to imagine the next holiday.

Today we bring you a proposal that you will have to study seriously: a new hotel in the heart of #Costa del Sol ideal for a family holiday or a relaxing getaway as a couple. It has spaces for children and exclusive areas for adults’ relaxation, beach club, gastronomy, complete rooms and professional entertainment team.

This is one of the new hotels that #Iberostar Hotels & Resorts group has incorporated this year to its portfolio, into its new line of resorts in #Marbella with luxury amenities and reduced prices. It is, therefore, an alternative to keep in mind if what you need is to escape for a few days but budget is tight. In this type of establishment, quality services are guaranteed and the range of boards they offer allow to adapt the trip to every budget and every type of traveller.

Among its most outstanding services, it is worth mentioning that this hotel has direct access to Saladillo beach; in one of the pools it offers a water playground, as well as a miniclub and professional entertainer in care of children. As for relaxation, it has a complete spa centre, Jacuzzi, solarium areas featuring design furniture, and all-inclusive service so you don’t have to worry about paying for everything you eat or drink… And, for gourmets, a restaurant which will delight any expert palate.

Even though the hotel is new, you can already book directly, without intermediaries, through the official website of #Iberostar, with the guarantee of being the only ones who offer the lowest price online.

#Fuerteventura is known worldwide for being one of the Islands with the most beautiful beaches in the world. Long areas of very fine, white, golden sand full of light and with the Atlantic surrounding its shores and cliffs. All without exception are havens of peace and relaxation where anyone would like to get lost at least once a year, but there is one of all of them that stands out in indisputable way: #Cofete beach.

Located in the Natural Park of Jandía, in the municipality of Pájara, this pristine beach is surrounded by high mountains and breaches the sea, as if it were a result of an architecture designed with detail. Pure nature which only can be accessed by sea or through a path that crosses the hills of this southern part of Fuerteventura towards the Atlantic.

Its difficult access is what makes it one of the most isolated and quiet beaches to rest during a #holiday in Fuerteventura. It is especially suitable for travellers who love sport, adventures, relaxation as a couple and all those seeking to discover always new places.

Swimming is not easy in this beach, hence it is not of the most recommended to go with children, since when the tide is high, it leaves a part of the beach isolated and, in addition, the winds in the area form strong eddies that create a swell that makes it difficult to enjoy a quiet dip unless you are a good swimmer.

To visit the area of Cofete beach, the most recommended is to book accommodation in Costa Calma, or opt for a hotel in Playa de Jandia. There are several 4-star hotels in Jandia that combine services for adults and children, also hotels for couples next to the Matorral beach, one of the most famous in this area.

If you’re looking for a plan in Halloween we want to give you an option that you may find hard to resist, spend a terrifying night in La Cocina del Mencey tasting its delicious menu specially made for the evening, you’ll be delighted by dishes such as Tuna coffin in darkness or Vampire blood frappe.

#La Cocina del Mencey has joined to the many hotels and restaurants that organize theme evening activities to celebrate on October 31, coinciding with all Saints day.

This night the gourmet restaurant at the Iberostar Hotel Gran Mencey has planned a delicious tasting menu decorated for this traditional celebration, it includes the pairing. Did you ever think you will taste a creepy crawly pumpkin cream? Or a pork confit on cauliflower brains? Well, this night you will have the chance to taste in one of the best gourmet restaurants, as well as other dishes like bloodshot eyes on a bed of spider’s webs.

And to go with these original dishes, La Cocina del mencey will offer to the guests an exquisite pairing of werewolf (whisky, Martini Rosso and Angostura Bitters), the popular Bloody Mary, Casper (passion fruit, strawberry and pineapple juice) and a spectacular drink call Frankenstein made with apple, apple juice, kiwi and sugar-free kiwi liqueur ¡such a delight!

Don’t miss this opportunity and reserve your table to spend an unforgettable and amusing Halloween night in La Cocina del Mencey , the price is 50 euros per person it includes the menu with the pairing, it will also have a live music performance to create the perfect atmosphere in this terrifying night.

Sol Katmandu Park Resort is the second theme-park of Spain, and first in the Balearic Islands, according to the popular TripAdvisor website, which gives awards and certifications to hotels and restaurants based on the reviews and rates given by the customers.

It is the first “fun included” resort in Majorca that has amusement rides inside the building, which belongs to the Sol hotel chain. In fact, the accommodation was built in the middle of the Katmandú theme park.

This family holiday complex located in Magaluf in the municipality of Calviá. Near the Magaluf beach, turning it into the perfect option for families who want to spend holiday in Majorca, surrounded by all kind of entertainment and the beautiful beaches of this area of the island. It will be something your children will never forget (neither the parents)

Those who stay in this #four star hotel in Magaluf will have free access to the theme park, where they will be able to enjoy the most exciting attractions such as the 4 experience, a 4D cinema where you can watch different movies in mechanical seats that make you feel inside the movie.

It also includes an Aqua park with amusements for all ages, a place where fun is guaranteed to everybody. So if you like golf you can drop by the Expedition Golf, a mini-golf that includes two routes with different difficulty in every level.

But if there is something that really stands out from the rest of the amusements it is the Upside down house. Where people has to walk across different rooms of this particular place where everything looks pretty strange, maybe because ¡everything is upside down! Scary halls, games, puzzles… a place where ¡anything can happen!

In addition, if you’re with your baby you can enjoy until October 15 the baby month advantages, since the Sol Katmandu Park & Resort has a series of special services these days that will make your stay far more comfortable, like pushchairs, cots, special tubs, bottle warmers, high chairs and hammocks near the pool.

You can also sign in the yoga and massage courses for parents and babies or access to the Kamp Katakidu, a miniclub for babies from 8 months to 12 years with lots of amusements, and the first children with 6 years or less will stay for free sharing an accommodation with two adults. Now there is any excuse left to stay home, don’t miss this opportunity and come enjoy a lovely trip to Katmandu Park & Resort.

#Vincci Hotels is one of the most important urban hotels chain in Spain. It has a varied hotel portfolio that includes resort hotels in relaxing and beach areas, but it is greatest strenght is without any doubt, its commitment to large cities and for design hotels that offer its guest an experience like no other, regarding city hotels.

Barcelona is one of those great cities Vincci. One of their essential jobs in which 3 of the most charismatic hotels of the chain can be enjoyed:

Art and design in its purest for, privileged location, high-quality services and more than reasonable prices represent the secret of the success of these accommodations with luxury rooms and suites in the centre of Barcelona: a pleasure for the senses and soul since entering any of these hotels means entering a completely new, unique world full of character and personality. 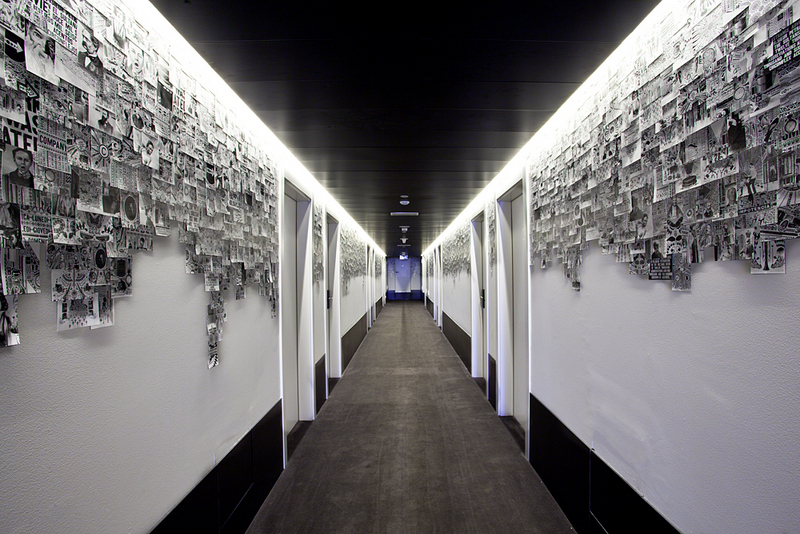 Every corner deserves a photography, some like Vincci Bit are authentic museum hotels in the centre of Barcelona. So attractive and personal that anyone visiting the city should consider stopping to see it. In fact, it is designed as an art gallery and its walls and ceilings in common areas and corridors leading to the rooms have been modified by some of the most modern and innovative artists of the capital of Modernism.

The Vincci’s bet is clear: continuing with this work of remodelling spaces, investing in creating different environments which provide a benefit to the visitor, beyond relaxation and good service. Get it is an effort that very few are willing (or can) do, but experience shows that it is a path to be followed to guarantee a quality tourism in the immediate future of Spain.

Bogotá is the Colombian most important city for many reasons, it is the capital of the country, and it is richness in many ways, like cultural, gastronomic and touristic and the preservation of its colonial tradition. Located in the centre of the country, the city has about 1600 neighbourhoods, a place where you can easily get lost and from we would like to take four neighbourhoods that stand out and are a must if you’re in Bogotá.

The first and probably the most important and representative one in the city is La Candelaria, located in the west centre of the city, is this historical district of Bogotá, which is a delight due its cobblestone streets, its colonial ground-floor buildings with metal grilled windows and the clay tails.

In La Candelaria Neighbourhood you can find some of the most emblematic and important buildings of the city, like the cathedral, the congress hall, The Casa de Nariño, The Colon theatre, the mint house or Bolivar square. You can’t forget to visit two of the most important museums here: the Botero Museum and the Gold Museum.

Moving on to a different neighbourhood, we suggest you the Usaquén neighbourhood located in the northern area of the city near the majestic oriental hills. Here we also will found the cobblestones streets with colonial buildings, which harmonize with the modern buildings recently built, creating and interesting contrast to the view.

In the Usaquén neighbourhood you can find several restaurants where you can drop by to get something to eat. Among these you can find all type of international dishes, as well, of course, as the Colombian traditional cuisine. On Sundays you can’t miss the jumble sale a local tradition for more than 20 years, where artists and craftsmen from across the country participate in one of the most emblematic cultural events of the city.

Another place you shouldn’t miss while you’re in Bogotá is the Macarena neighbourhood, one of the most bohemian areas of the capital, crowded with design shops, art galleries, as well as bars and restaurants. In this neighbourhood we can also find the National museum, the oldest one in Colombia and where you can see a wide collection of historical objects of the country.